Is gluten-free for everyone? Are all gluten-free products healthy? Which tests are accurate for gluten intolerance and Celiac’s Disease? 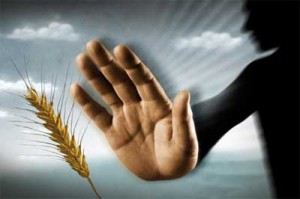 Find out  who needs to go gluten-free to improve health, how to find out if you need to exclude it, how to read labels to avoid gluten and which gluten-free products should still be avoided if you are trying to be healthy.

I’m a big fan of easy, delicious recipes, so when one of my clients shared this one with me, I had to try it right away. And. Oh. My. Gawd. It is awesome. 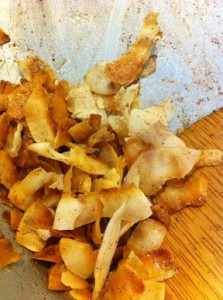 I enjoy this snack as a finger food. Think of it as a lower carb, high fiber, healthy fat substitute for chips,crackers or popcorn. The crispy texture and mildly sweet-salty taste are satisfying…and addicting!

*Special thanks to Dani for contributing this great snack! 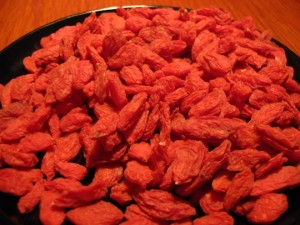 Badges, camping, and girl bonding: These are the aspects of the Girl Scouts worth supporting. However, buying boxed cookies every year isn’t good for you or the Girl Scouts. They are unhealthy and propagate a poor example of wise food choices. 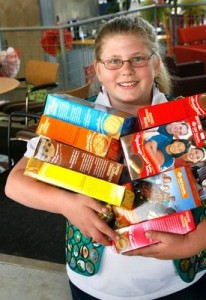 Looking beyond the label: Pesticides & politics

What isn’t obvious from the labels are the:

Now, if you are saying to yourself, “It’s no big deal, it’s only once a year, blah, blah, blah…”, remember that most people aren’t buying a single box of cookies that is in and out of the house in a week. About 200 million boxes are sold every year. It isn’t uncommon for families to buy 5 or more boxes (there are up to 28 varieties).

It is possible to support the Girl Scouts while taking a stand for your health and the health of those around you. Next time you see Girl Scouts selling cookies, skip the cookies and instead, make a donation (.50 cents is equal to the profit they’d make on 1 box) along with the suggestion that they offer healthier alternatives including homemade cookies like the troops used to sell in the future. 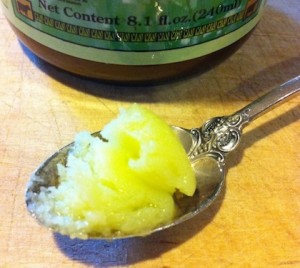 Look for it in your local health food store or vitamin center. Trusted brands include Green Pastures. Keep in the refrigerator to extend shelf life.