Foods highest in vitamin D are also those that have high amounts of cholesterol. Low-cholesterol diets, therefore, are diets deficient in vitamin D. As vitamin D supplements fly off the shelves and tests to measure vitamin D levels becomes the most-ordered lab test in the U.S., we must ask the question: Have we created vitamin D deficiency by taking the wrong dietary advice?

Cholesterol has been treated as a health villain by the media for the past 60 years based almost entirely on the research of Ancel Keys. However, the tides may finally be turning as more studies acknowledge the faulty research that led to the incorrect conclusion that both saturated fats and cholesterol contribute to heart disease and poor health. Turns out, the fats used in his research weren’t butter, lard or steak as you might expect: they were vegetable margarine. Cholesterol is only present in animal products so it is interesting that cholesterol has been blamed for all these years when it wasn’t even in Keys’ original research!

What you need to know about vitamin D

Steps to boost your vitamin D

The vitamin D deficiency dilemma we face is a complicated issue contributed to by many factors. We will certainly learn more about vitamin D in the coming years, but take notice that most of the ways to ensure proper vitamin D levels are going back to principles we used to live by: eat plenty of good fats and cholesterol-rich foods, get plenty of rest and spend time out in the sun. The low-fat, low-cholesterol dietary recommendations have made many health conditions worse, not better. Let’s go back to the basics and re-claim our health.

3 health tips for techies Non-toxic cookware
Scroll to top
Enter your email below to get your FREE copy of The Unstoppable Health Guide: 4 keys you  must know to claim & sustain health, transform stress and feel awesome! 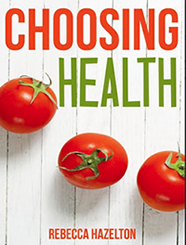