Today we are going to explore the rising number of neurodegenerative diseases (diseases where there is a loss of function in the brain such as Alzheimer’s Disease (AD), Parkinson’s Disease (PD), dementia, Multiple Sclerosis, etc) and how environmental toxicants play a contributing role.

This is a really important topic because it affects every single one of us: we are all aging every day and people aged 65 and older are the fastest-growing segment of the global population.

While aging is a normal process, it is not normal to develop neurodegenerative diseases. 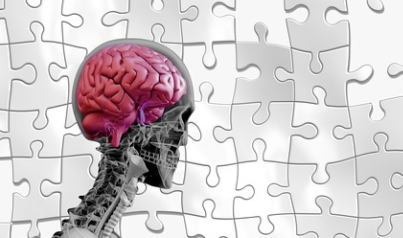 Developing such disorders can be blamed on genetics, but did you know that being exposed to environmental toxicants can increase your risk of developing these conditions?

According to research, AD and PD development are attributed to exposure to heavy metals and pesticides.

Heavy Metals That Increase Risk of Dementia and Alzheimer’s Disease

The following heavy metals contribute to the development of AD by increasing oxidative stress in the neurons (nerve cells) and causing inflammation and apoptosis or cell death.

Lead is toxic to the nervous system and once it enters the body, it rapidly crosses the blood-brain barrier. Exposure to lead during the developmental years, acute exposure, or lead poisoning can cause inflammation, increased neuronal oxidative stress, and cell death.

From paint to toys, lead can almost be found anywhere today. Check out this list here to see what else contains lead.

Just like lead, cadmium has the same effects on neuronal cells. In an experiment, mice exposed to drinking water with cadmium, later on, developed deteriorated learning and memory abilities.

Manganese, in required low levels, is actually important to our cells. But in excessive amounts, it is also neurotoxic. Aside from occupational exposure, the general population can be exposed to manganese through the diet because there are a lot of foods rich in manganese. However, toxicity occurs when there are elevated levels in drinking water or air. Inhaled manganese (industrial byproduct) is directly transported to the brain before it is metabolized by the liver and symptoms of toxicity may appear gradually and over months or even years.

Next to AD, Parkinson’s Disease is another neurodegenerative disorder that affects old people. It is characterized by motor and nonmotor symptoms. People with PD display tremors, muscle rigidity, muscle cramps, freezing, and slowness of movement. They can also suffer from depression and dementia.

Years of studies have shown the link between exposure to pesticides and the development of Parkinson’s disease, and the group of pesticides that are frequently associated with PD is known as organochlorines. They are toxic to the neurons and promote oxidative stress.

Now that we get the idea about heavy metal exposure and how they contribute to the development of AD and PD, let’s learn what are the available methods to manage them in functional medicine.

We’ve discussed many times before that probiotics are critical for gut health. Since the gut acts as our secondary immune system, strengthening the gut with the aid of probiotics is essential to enhance our intestinal and systemic immune defense, which is necessary to achieve health and well-being. In addition, some probiotics have antimicrobial abilities, and according to studies, they reduce pathogenic toxins. In light of this, using probiotics is a simple way to lessen heavy metal toxicity.
Probiotics exist in living foods as well as in supplement form…and in nature like forests and soil! Fermented foods like sauerkraut, kimchee, yogurt, kvass, kefir, and tempeh are a few examples of probiotic foods/drinks. Spending time outside in nature also exposes you to beneficial bacteria. And then of course, there are many probiotic supplements (see my guide here).

To reduce the risk of developing neurodegenerative diseases, our diet should be rich in antioxidants, such as nuts, leafy greens, fruits, vegetables, and spices. Also, certain nutrients and even our dietary patterns can protect us from cognitive decline. We should include in our diet foods that are high with B-vitamins (i.e. meat, salmon, eggs, broccoli, sunflower seeds, etc), vitamin D (fatty fish, egg yolks, mushrooms), folate (green leafies, avos), polyphenols, and n-3 polyunsaturated fatty acids (i.e. fatty fish).

Nutrition is an important tool in the prevention and treatment of neurodegeneration. By using foods that contain certain nutrients, inflammation can be reduced, symptoms are relieved, and quality of life is improved.

If you’re ready to discover where your best health has been hiding, I’d love to connect with you!
Apply for a complimentary Unstoppable Health Discovery Session. bit.ly/schedulinghealth (subject to availability).

Until next time, I’m wishing you unstoppable health!
~Rebecca