Historically, I have been very anti-canola oil (and you’ll see why in just a moment). However, new research sheds light on some exceptions.

Canola (Brassica napus L.) was created in Canada by crossbreeding the rapeseed plant. The name “canola” comes from “Canada” and “ola,” which means oil. Rapeseed has high erucic acid, a monounsaturated omega-9 fatty acid that is dangerous to humans. Canola was bred so that the erucic acid is reduced. As of today, the erucic content of canola is only less than 2%. 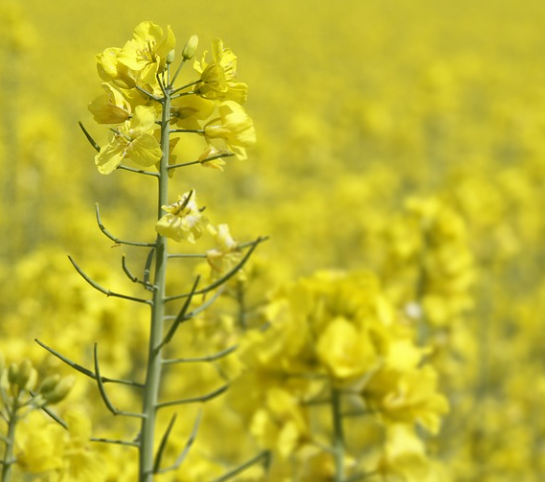 Canola oil earned its bad reputation because it is generally assumed to be refined, solvent-extracted, and extremely processed. Aside from that, around 90% of the world’s canola crop is genetically modified.

Although most canola oil is sourced from GMOs, let me clarify that breeding plant varieties (for example, from rapeseed to canola) is different from genetically modifying it. Breeding has been done for thousands of years, while genetic modification is a recent development.

Despite the fact that most sources of canola oil are GMOs, there are still non-GMO sources out there.

An organization called the Non-GMO Project provides a Non-GMO Project Verified seal for products that passed industry best standards for GMO avoidance. So if a product, such as canola oil, has this seal, then that product is non-GMO.

So while it is great that non-GMO canola oil exists, there are plenty of other ways that canola oil is often processed which makes it harmful to your health.

Canola is actually considered one of the RBD oils: Refined, Bleached, and Deodorized.

There’s always an issue of safety if a food is highly processed. In the case of canola, the process calls for hexane, a solvent to extract the maximum amount of oil from the seed. Although, there are only trace levels of hexane in canola oil and is stated that trace amounts  “should” not be harmful, you could ask yourself if you’re willing to take that risk (for myself, hard pass).

Another issue is the trans-fat content of canola oil because trans fats are related to a number of health conditions. When the oil is deodorized, it is subjected to temperatures of more than 200 degrees Celsius. Heating bleached oil transforms natural unsaturated fatty acids into trans fats and reduces the beneficial omega-3 fatty acids.

So if we change the story–that is when we source canola oil from an organic, non-GMO crop, process it through cold-press, and make it chemical-free (low-heat refined)–can it be healthy?

What’s the deal with Omega’s?

One of the benefits of canola oil is its decent omega-6 to omega-3 fatty acid ratio. Omega-3 helps prevent a number of health conditions such as heart diseases, cancer, rheumatoid arthritis, general inflammation, and Alzheimer’s disease. Canola oil has a 2:1 ratio (twice as much Omega 6 than Omega 3), which is certainly better than sunflower which has a 40:1 ratio, corn oil that has an 83:1 ratio, and soybean oil that has an 8:1 ratio! However, even olive oil and avocado oil are higher in omega 6 than 3 (10:1 and 13:1 respectively), so 2:1 for canola begins to look better (for those particular omega ratios) when you consider all of that.

Here’s what I am taking away from all this–use a variety of oils in your diet and do your best to choose the highest quality options as often as possible.

Because canola oil is often used in SO many foods (salad dressings, sauces, mayos, many packaged foods), knowing that there are some acceptable options allows for more choices to be on the table (pun intended).

If you’re ready to discover where your best health has been hiding, I’d love to connect with you!

Until next time, I’m wishing you unstoppable health!
~Rebecca